At the end of the year is the season when events bloom like Christmas – Christmas, New Year’s party according to the calendar – New Year’s Eve, and programs for the year-end Tet holiday according to the lunar calendar. Those holidays create a bustling year-end festive period. Organizing year-end parties at companies, shopping malls, summaries, and exciting events is in need of games with the right themes. 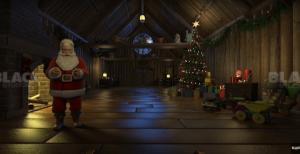 Experience and technology are key for event organizers, making media engaging, interactive media exploiting during the Christmas season with this game.

Currently on the virtual reality community store’s store there are many Noel VR games for users to choose from, there are many different versions suitable for different types of VR glasses. Above are the famous Noel vr games attracting the most and most popular players today. 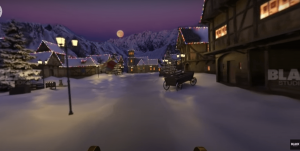 Players wear VR glasses as Santa Claus, with the costumes, graphics and atmosphere of the Christmas season very lively. The player is Santa Claus who will control the reindeer on the way to give gifts to everyone. The game with graphics is considered very beautiful because in the context of VR360, colors are very sharp, beautiful, sharp, the effects are also very attractive for players to enjoy. The reindeer cart passed through the rooftops of buildings, clouds, or through snow-capped spaces or soared through snowy pine trees, far away there were headlights of color from the windows of the houses. Noel decoration. These ups and downs will give players a very attractive experience. 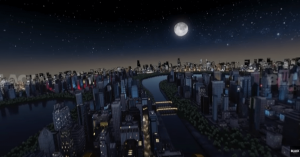 The most beautiful Noel in the context of VR game

With the idea of playing in the snowy space of Christmas, the vr snow shooter is designed with beautiful graphics, impressive and fun animations and effects. VR glasses-wearing players will immerse themselves in a snow player in the cold winter scene and play with those snowflakes, players will use a snow gun instead of throwing snow at the approaching characters like the Mobile targets, these villains as enemies in fighting games to create a sense of combat and engaging players. 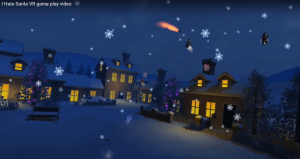 Noel game for the event that attracts the most

The game is a great choice for entertaining, playing, and engaging with great fun and comfort for Christmas and the end of the year. 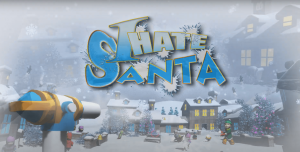 Shoot snow instead of throwing snow with VR game in event

The idea is based on the same action concept as the game above, but the difference is that the game is on the controller to shoot snowball. This gift-giving game uses a large Paw to control the reindeer and shoot Christmas presents at marked targets ahead of the path. The number of points is calculated equivalent to the targets hit by the selected gifts. This noel vr gift game with mid-range graphics, not too outstanding. 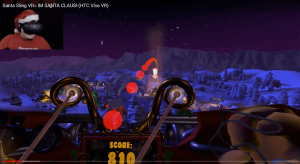 With the idea of everyone gathering together gifts with Santa Claus, but instead of the usual movements. The Christmas Gift Contribution Game will modify the script, allowing players to accompany, when the Santa’s gift bag is available in the front and the player’s task is to wear glasses, control the throwing of gifts in the front gift bag. . The more gifts in the bag, the more points players will be awarded. 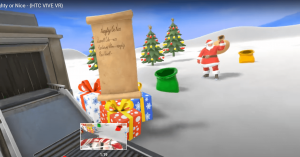 The purpose and meaning of this game is emphasized because the community works together to give gifts to children everywhere. All players considered as contributing a part of the effort, gathering gifts so that Santa Claus could deliver it to the kids.

The game uses moderately beautiful graphics, but the scenario is also relatively simple enough to attract players. Game is a suitable choice, entertaining and mixed with a bit of humanity of the community.

Let’s all work together for a merry Christmas possible

Other experience games of the Christmas season with the best paths, scenery and effects of the year.

And some other noel VR games are also very fun and attractive. People can go to the store VR market or go to youtube to search with the keyword “Game noel VR” or “Noel VR game”.

Make Noel VR Game for agencies and brands to promote:

For fun and entertainment, you can use the games available as above to deploy, the price is also cheap, buy games from the store for about tens of dollars to several hundred, and rent hardware equipment to run.

But with events running for brands, products, brands, and services of medium-sized companies or more. The gathering, promotion, as above, the purpose for communication and promotion must be maximized thanks to the technological effects of the game. Putting products, logos, services, sologan into those games gives players direct contact and interaction with those products and services to achieve the maximum purpose for brand promotion. Modifying the above game types or making the games according to the scenario, the requirements of the brand, or the agency will meet the above demand.

With many years of experience working with big and small events from north, middle, south. We, VRTECH JSC receive design of noel VR games according to scenarios and specific requirements of each customer. With an extensive deployment team, we are ready to provide hardware devices such as VR glasses, computers, monitors and supports, deploy and operate with partners at the event.